A breach of contract demand letter is an official notice sent to someone who has violated the terms of a previously agreed-upon contract. It identifies the nature of the contract, the violating party, the terms that they violated, and the actions the sender would like them to take to resolve the matter. In some instances, this demand letter can be used as a pre-trial correspondence and later as evidence in court.

When someone violates the terms of an agreement, you have the legal right to request that they cure the matter or pay you for damages. This communication is best done through a demand letter that describes the preferred method of resolution.

Proving a Breach of Contract

A breach of contract is a serious legal matter that many times results in court cases. As the aggrieved party, the burden of proof lies on you, which means you must establish and prove the alleged breach. This will usually involve the following steps:

Tip: Contracts are complex legal documents as are breach of contract demand letters. It is advisable to consult an experienced lawyer for assistance when drafting your letter.

What to Include in a Breach of Contract Demand Letter

Most contracts have a notice provision clause that sets forth the procedure of sending a breach of contract notice. Before drafting a letter, confirm that your contract allows for such communication to be made through a written message. If it does, make sure your letter includes the following details:

Tips for Writing a Breach of Contract Demand Letter

Consider the following pointers when drafting your Breach of Contract Demand Letter:

Re: Breach of Contract: {Contract Name}

Pursuant to the contract titled, {contract name}, which is dated {date of contract signing}, you have been found in breach of the terms of the agreement for the following actions:

{Outline the recipient’s actions that are in breach of the contract}.

For this reasons, I am formally asking that you {mention how you would like the matter resolved} by {provide deadline}. If you do not meet these requirements by the set date, {outline the consequences of non-compliance}.

Prompt attention to this matter will be highly appreciated.

Re: Breach of the Miles-Sullivan Contract

This letter is pursuant to the Miles-Sullivan contract, signed on 1 March 2030, of which you are currently in breach. As per the signed agreement, you are expected to sell only furniture produced and supplied by Miles Inc. for the period, 1 March 2031 to 1 March 2032. However, we have confirmed that three of your stores are stocking furniture from a competitor.

For this reason, Miles Inc. will be withdrawing from the contract, under the exit clause MS44. The clause states that upon breach, the offended party may exit the contract with the offending party paying a standing fee of $15,000 for damages caused.

I will expect the check of $15,000 credited to my account within the next 30 business days. failure to comply with this requirement will be a further breach and will carry legal consequences.

When a dispute over a contract arises, sending a Breach of Contract Demand Letter is the first formal step toward reaching a resolution. The document should notify the recipient of the breach and provide them with the option of curing the problem. It should also provide a timeframe within which they should respond appropriately, else you take legal action. 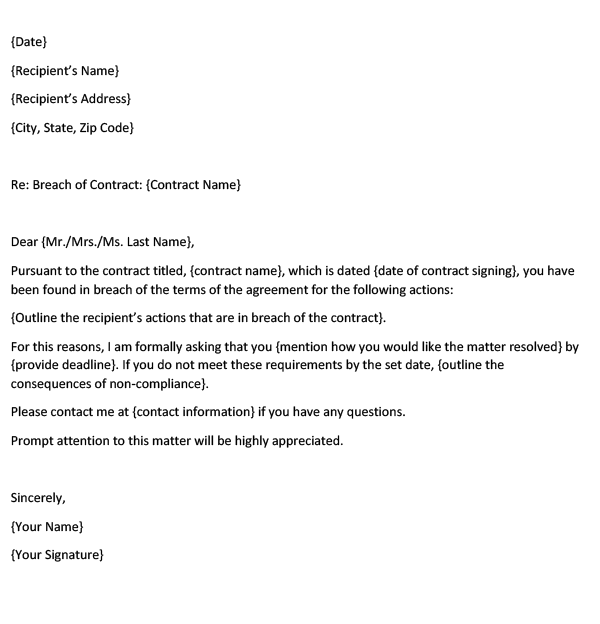 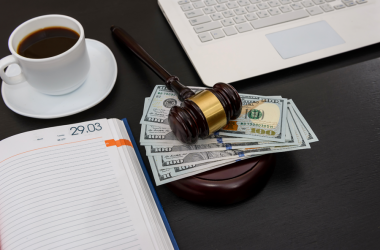 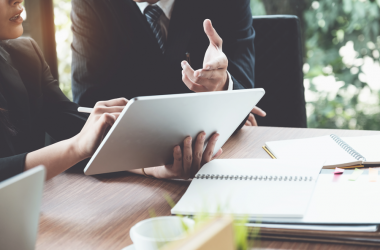