Getting hurt is a part of life. We all do it sometimes, but what about when you are suffering from a significant injury or damage due to someone else’s actions or negligence? You shouldn’t have to pay for everything yourself, but that’s exactly what happens all too often. Instead of breaking the bank to cover your own costs, you may file an insurance claim or get paid leave, but the responsible party should still pay appropriate compensation. Sometimes you may need to demand someone pay for their mistakes, especially if you had medical bills, repair fees, and other losses due to their choices or actions.

In these situations, most people call or talk with whoever is responsible. With luck, that’s the end of it, and you get what you’re asking for. Unfortunately, that isn’t always the case. When someone refuses your reasonable requests for just compensation, you may need to send a formal demand letter for personal injury. Doing this shows the responsible party that you mean business and are ready to take them to court as needed. However, it’s mostly a formal step in talking to their insurance company.

What Is a Personal Injury Demand Letter?

A personal injury demand letter is delivered when you are seeking compensation for an injury. The recipient can be an insurance company or another responsible party you feel owes you for medical bills, lost wages, pain, and suffering, or other relevant monies. Sending this ensures that the individual or entity’s insurance company is informed that they caused you some harm, and the letter says that you intend to pursue those damages.

Your demand letter is not the same as a lawsuit, though this type of letter is often a final step before going to court. The potential plaintiff or injured party is giving a formal notice that they are prepared to take further legal action if the demand isn’t met. While many personal injury demand letters result in a settlement, it’s not a guarantee. Additionally, as part of a dialogue, the insurance company may choose to negotiate by sending a counter offer. Whether you are willing to discuss their counteroffer or not, this letter opens the door for an eventual settlement.

The essential elements of a personal injury demand letter are relatively straightforward. You will be explaining who you are, how you were harmed, and by whom. After that, you should show all the expenses and damages you claim as a result in an itemized list. Finally, you make a simple formal closing statement. Here are the six parts and an explanation of what they should contain.

Pro Tip: If you have recently been injured and are just starting the recovery journey, write down everything as you go. It helps to keep a journal of events, so you don’t forget anything vital in the process, such as a specialist you saw or notes about lost sleep and other side effects from your injury. Even if it doesn’t seem important at the time, it might matter down the road. If you were injured a while ago, try to write down everything you remember from the day it happened onward, and keep notes from now on.

Below you will find a sample format for this type of personal injury demand letter. Some people prefer to include their description of the events after the itemized list, but either way is acceptable. This letter must be as complete and factual as possible, with no opinions or personal feelings included in the text. Your goal is to write exactly what happened, what it cost, and why you deserve to collect that money from someone else who is responsible for the damages.

To: Insurance Company Name and Address

The following is a demand for personal injury to (your name) as a result of (describe the incident and name the person who caused it- It is okay to use as little as 2-3 sentences, or as much as 2-5 paragraphs depending on what happened.) on (date) ___/___/_____.

I was (in location for a reason) when (the thing that happened and the person who caused it). As a result, I sustained (injury or injuries) as documented by (the ambulance and hospital). As a result of those injuries, I (took actions that cost money to remedy the situation).

I am enclosing copies of all the relevant medical records, bills, and receipts. Hopefully, we can settle this promptly and without further action. Without prejudice to my rights for full recovery of this debt, I am willing to accept (amount) if paid in full within (x number of days. (Or state a reasonable repayment schedule and amount.)

Tip: Don’t forget to attach copies of all the relevant medical files or bills to the letter.

Writing a personal injury demand letter is not like sending a postcard to a friend. You need to use the correct format and polite but firm wording, and there are plenty of other considerations. Additionally, there are some things you should never include, like threats, which can weaken your bargaining position.

Being injured is unfortunate, and it can lead to a lot more than just medical bills. You’ll never need to write a personal injury demand letter if you are very fortunate. However, if you do, you’ll probably have lots more questions. Below are the most frequently asked questions about writing this type of letter.

What Is the Main Purpose of a Personal Injury Demand Letter?

The primary purpose of a personal injury demand letter is to tell the recipient’s insurance company of the costs of the damage they’ve caused in a favorable light for the injured party. Doing this may result in resolution and payment rather than litigation in many cases. However, it is also a clear part of the paper trail that you might bring to court if the party who has caused your injuries claims they weren’t at fault, or the insurer otherwise feels the claim isn’t valid. This document shows that the injured party (you) made a reasonable effort to seek reparations before filing a lawsuit.

How Long After a Personal Injury Demand Letter Does Settlement Take?

The timeframe for an adequate personal injury demand letter settlement is highly variable. Insurance companies can take 2-8 weeks or more to pay out when they don’t wish to go to court. Sadly, there is no legal limit to how long they have to respond. Insurance companies may not feel your claim is valid and can often be troublesome when it comes time to pay out damages. A person or entity who feels they will do better in court may drag the case out for months or, in rare cases, several years.

Typically a personal injury demand letter is not the first step in the process. The injured party should never wait longer than necessary to begin making a good faith effort to request compensation for accidents and injuries caused by someone else. However, there are statutes of limitation to filing lawsuits, which vary from state to state but limit the action to a certain number of months or years after the fact. You should send the letter only after making other reasonable attempts, such as polite phone calls or filing an insurance claim that has been ignored.

What if No One Responds to My Personal Injury Demand Letter

If the potential defendant’s insurance company refuses to respond to your personal injury demand letter, don’t let it stop you. When you have no response after a reasonable amount of time, the next step is to move forward with filing suit. This means you get an attorney and begin preparing to take your case to court. You should collect all the documents or relevant evidence like pictures or video footage that can help show the defendant harmed you.

When you’ve been injured, it’s your right to demand compensation from any responsible party and their insurer. Sending a personal injury demand letter to an insurance company is usually a part of that process, which can help you avoid spending time in court, depending on the circumstances. The potential defendant’s insurer may feel you are justified and opt to pay what you’ve asked for. However, this isn’t always the case. If the insurance company refuses, thinks you have no valid claim, or the person you name as the cause has reason to countersue, you may have to file a lawsuit and go to court. The demand letter will likely become part of the evidence, so composing a properly formatted, formal demand is essential. 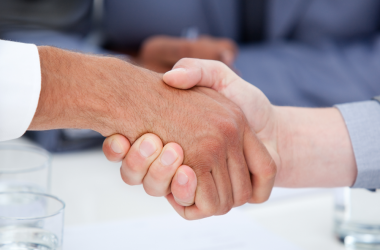 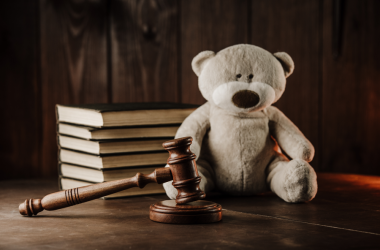 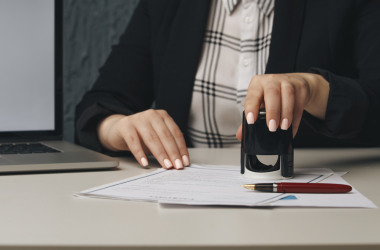